Is there still a future for Coinop Arcade Games?

Yes, we think so.

The day we started seeing gamers rent rooms to bring their consoles to play each other and “hang out” was the day that solidified our journey to push arcade companies to work with us to change the way coinop arcade is designed, developed and played.  After many meetings in Japan, including using paid consultants, our requests were unanswered. 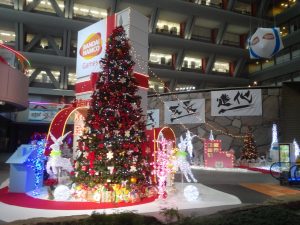 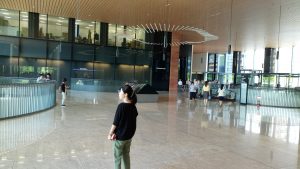 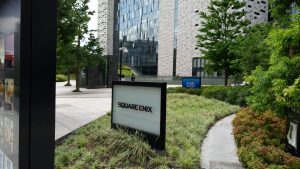 For many years, the arcade industry has been in decline. Since our meetings, it seems the decline has been accelerating. Well before COVID, Sega and Namco and other major industry players in Japan either closed their sales divisions or stopped exporting. It’s the reason why you did not see Street Fighter 5 released in the coin operated foreign market.

Its also why we feel its important new players can enter our market. 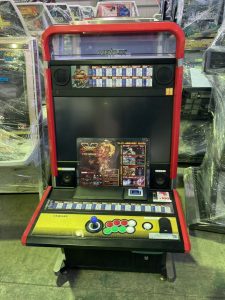 In recent times, Arcooda/Highway developed unique IP for gaming/arcade products which were released into Asia and USA and become very successful. 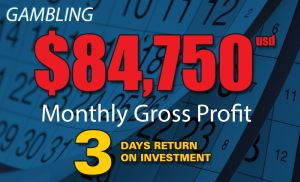 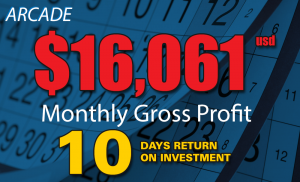 Only a few days ago, Namco withdrew from the USA amusement centre operations selling their businesses to a 3rd party. This follows Sega, who recently sold their Sega Amusements International division in order to reduce costs and to build an organisational structure that can adapt to changes in the market environment.

Arcade operators understand they need products with good returns on investment, as well as game operation support and advice with backup service. Game players need good value for money products where they can interact with other gamers in an old school style (i.e. competing against the person next to you in Street Fighter).

We believe we have the secret sauce.

In 2005, our sister company was invited as guest speaker at the Korean Amusement Machine Manufacturers Association. Together with Sega Japan, Andamiro USA, IGS Taiwan, Norman Lefty/Technical Dream Company, and Smart Industries USA, we all discussed the future of arcade and what was needed to develop a strong industry. 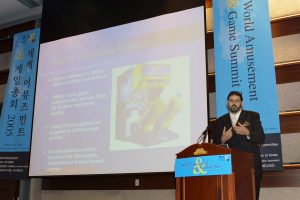 We still have the original presentation documents. Let’s discuss what we recommended to the manufacturers and industry people 16 years ago… 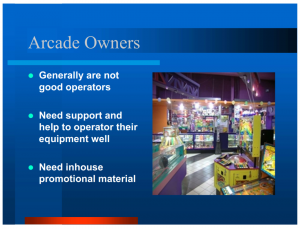 In the early 1990s, an out of order machine in George Street Sydney would still earn $15+ per week as people would not notice the machine turned off or with an “out of order sign” on it. But those days are truly gone as arcade operators must fully understand their customers and create a niche for themselves.  Otherwise, they will close down or be bought out by larger operators. It’s the situation that exists right now. Only the strongest can survive. 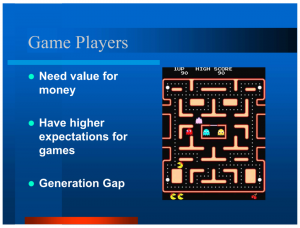 So why have traditional gamers abandoned arcade centers ?

As we discussed during the 2005 conference, gamers need value for money and an expectation that they will have a better gaming experience in an arcade centre than playing at home. Once this stops happening, players will start staying at home, and its one of the biggest reasons why we believe traditional arcade gaming is dead.

The Generation Gap we mentioned – gaming development comes in waves … arcade, consoles, and now, mobile gaming. So what has the amusement industry done to bring gamers back to arcade centres and why would you visit an arcade centre at the moment? 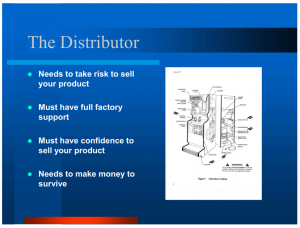 Have distributors done a good job and supported the end user, or, are they operating the equipment and competing directly with your end user’s customer base?  Do you have any choice to choose an alternative distributor?

But what happens when the distributor is removed and you are dealing directly with the manufacturer? 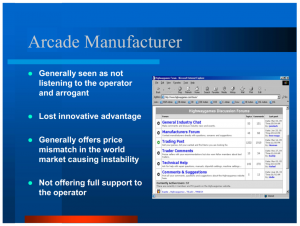 In our last discussion of the 2005 conference, we want to explain how history is repeating. Many factories have not listened to the “grass root” operators.

Imagine going into a car dealership and wanting to buy a car. Then, the salesman asks you what you are going to do with the car, where are you going to drive it, and whether you are willing to pay a per mile/kilometre fee for the luxury of owning the car. Oh, and you might need to buy one of the dead stock cars, otherwise they will not sell you the car you want.

This has been arcade ownership in Asia for some time. And worse, if you don’t give the right answers the manufacturer will not sell you the machine.  Crazy right?

For game centre and street operators, its been getting very hard to survive because we all rely on the manufacturers for products to put into our stores, pubs, and venues. Most operators are also relying on crane or ticket redemption machines.