The dual flipper opto board we have been working on for Arcooda Video Pinball.

There has been plenty of new developments made on the Arcooda Video Pinball machine since the prototype was revealed late last year, which we outline in video one of our all new Checkpoint series.

Keep your eye out for our Checkpoint videos, as this is where we will be revealing more details about the video pinball project and other company happenings.

In Checkpoint video 001, we explained why the Arcooda Video Pinball machine has not yet been released.

We demonstrated the prototype machine at the Australasian Gaming Expo, Pinfest and IAAPA Attractions Expo in 2016 with the hope of an early 2017 release.

However, after much thought, we decided to push this release date back to re-engineer hardware and software components in the machine to deliver a product that looks and feels like a real pinball.

Key component upgrades so far include adding a smart tilt IO board, a custom pinball coil mechanism and a dual flipper opto board.

In December, we announced a partnership with FarSight Studios – creators of The Pinball Arcade – to launch the Arcooda Pinball Arcade.

We asked FarSight Studios to write new software code, which will allow for backglass support on all tables included in Arcooda Pinball Arcade (there is more than 70).

Other areas we have been focusing on is power management for the machine’s coils, lights and motors, new camera angles for the games, 3D support, a new player interface and full touchscreen support.

We are now in the trial phase.

We’ll keep you posted on when the software is ready to play. 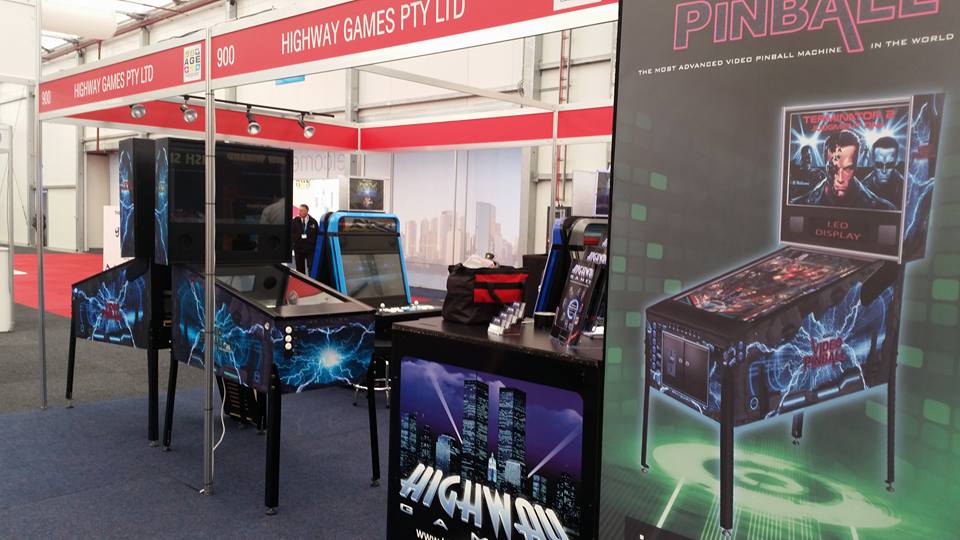 The Xtreme Game Wizaed Arcade Machine was released earlier this year, garnering global interest immediately, and has proven a popular concept across the home and commercial markets! The ability to play all your modern games on a single multi-functional arcade machine has struck a chord in the industry and with gamers worldwide.

The Arcooda Video Pinball will be making it’s debut at the AGE 2016 show at the #900 Highway Entertainment booth. It is the most advanced video pinball machine in the marketplace: designed as a full sized digital pinball machine, it includes never-before-seen features that will leave visitors gobsmacked.

Other Arcooda products that will be on show at AGE include an upright touch cabinet and a desktop touch machine, which you can learn more about at the show if you are lucky enough to be attending!

If you are not so lucky, you can find more information about the already released and to-be-released machines via Arcooda or Highway Entertainment’s social media, including Facebook and Twitter, so be sure to like and follow our pages for updates.

For visitors to AGE, you can learn more about the highly anticipated Arcooda machines, please check out our Australian distributor, Highway Entertainment, at booth #900 in the newly implemented Amusement Trade Pavilion –  a first ever addition to the Australasian Gaming Expo event.