King of Treasures Plus

The King of Treasures Plus Arcade Machine is a video redemption, fish hunting arcade game in which players catch fish characters to earn points, and different fish earn different values.

King of Treasures Plus features High-Definition 3D rendered ocean scenery on a large 32” or 58” LCD monitor, and also features over 20 different types of fish and several mini games for players to enjoy!

The game is simple and straight forward, making it easy for new players and players of all skill levels to enter the game and have fun! Players simply enter their credits, select how strong they would like their gun to be, aim their gun at the fishy characters and shoot to catch! 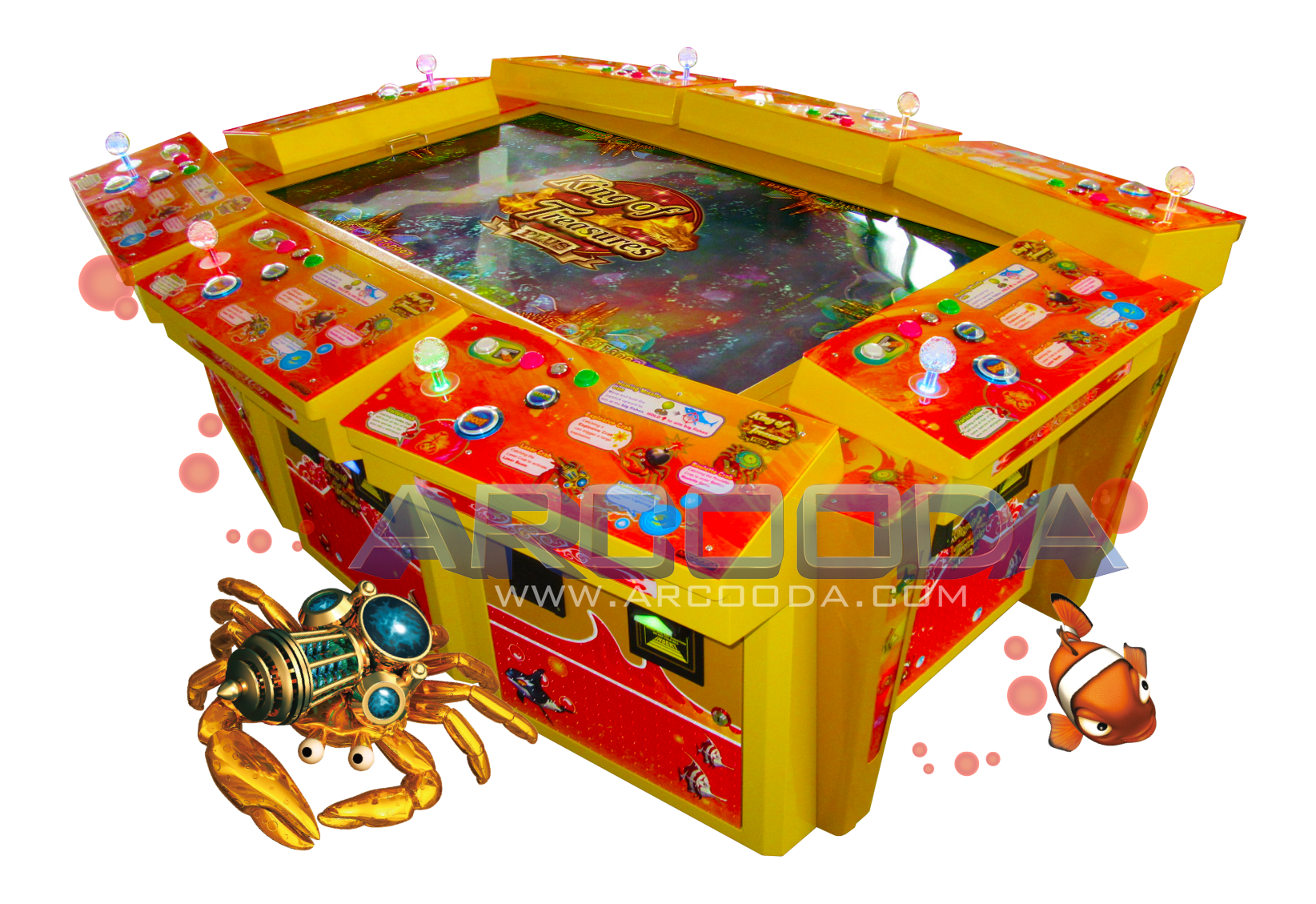 King of Treasures Plus fish mini games include a number of features which appear at random and will reward player with bonus catches and more credit points! These include:

-Vortex Fish — This affects a number of fish in the game and appears at random, basically sucking in the fish around it when the affected fish is caught by the player and awards them extra credit points.

-Lightning Chain – is a feature that affects nine different kinds of fish (Clown Fish, Spearfish, Butterfly Fish, Lionfish, Snapper, Fugu, Flounder, Lobster, and Octopus) and catches other fish in the lightning chain when caught by the player, and awards the player extra credit points depending on how many fish are caught in the chain.

The King of Treasures Plus crab mini games are based on the three crab characters and appear at random throughout the game, but the feature only activates when you catch the crab. These include:

-Laser Crab — When caught gives the players a special Laser Beam weapon which will catch all the fish the beam hits, but you have to be quick because players only get one shot and limited amount of time to use it.

-Roulette Crab – Allows players to enter the Golden Roulette bonus game when caught, and it makes a golden spinning wheel appear on the screen in front of the player who must hit the ‘SHOOT’ button to stop the wheel (players will win the amount of points listed on the wheel where it stops).

-Explosive Crab — A mini game character that explodes when caught, catching and damaging the fish on the screen in range of the explosion.

The King of Treasures Plus Arcade Machine is an exciting video redemption arcade game that is available as a 6 player 32” cabinet, 6 player 58” cabinet, or 8 player 58” cabinet. All cabinets are available with a range of input and output options, including Key In/Out, Coin In, Ticket Dispenser Out, Bill Acceptor In, and Thermal Printer Out.

King of Treasures Plus Screenshots