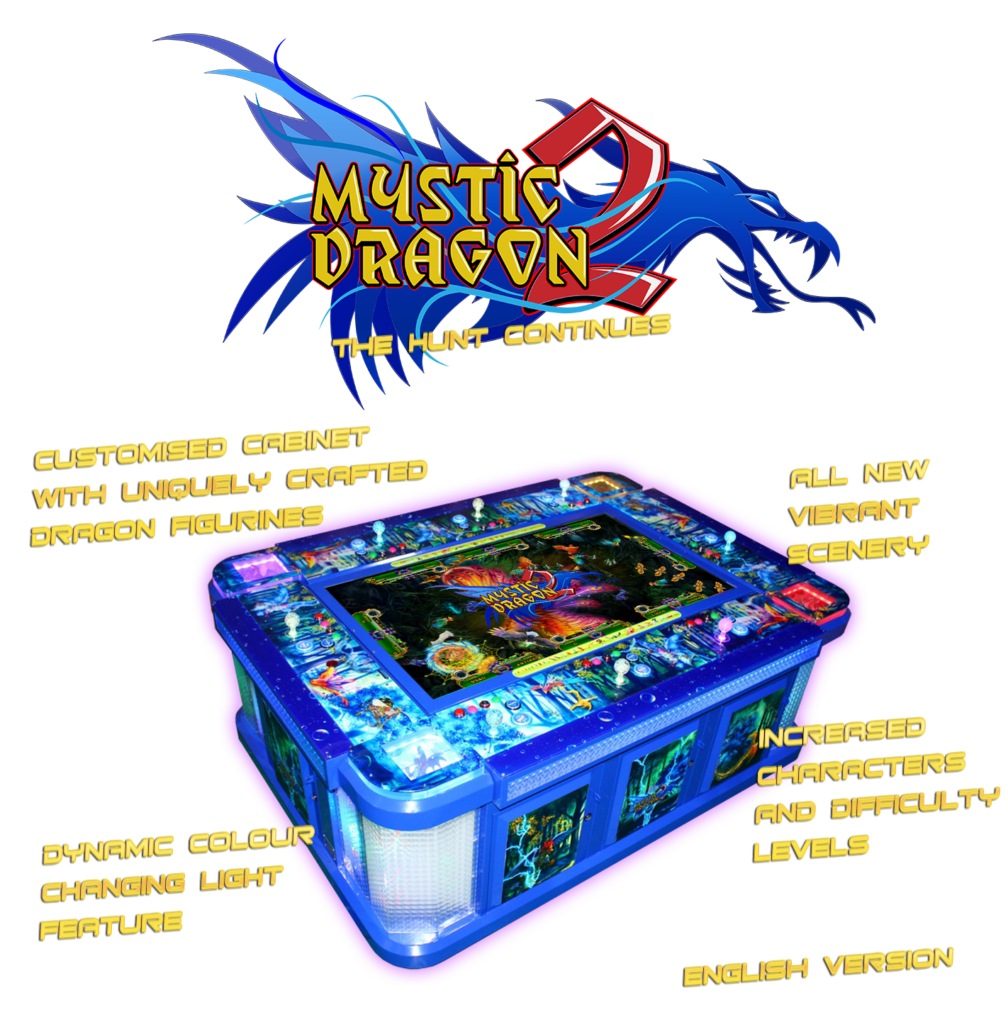 Mystic Dragon 2- 8 player allows players to emerge from the seas and, instead of hunting for ocean creatures, hunt for bugs, birds and dragons in the skies over forests, mountains and seascapes.

Mystic Dragon 2- 8 player is available in Chinese Version for Asian market and in English Version for western market. 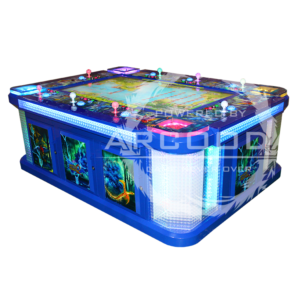 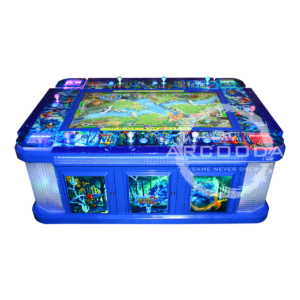 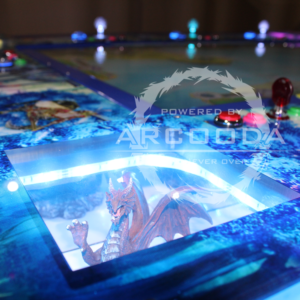 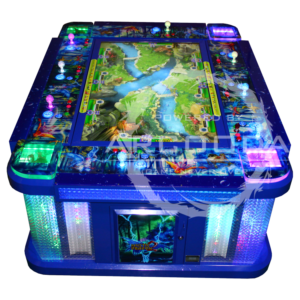 How to Play Mystic Dragon 2

The aim of the game is for players to use their guns to catch as many bugs, birds and dragons as possible within the timeframe of the game. Up to eight hunters can play Mystic Dragon at any one time.

In Mystic Dragon 2- 8 player there are 21 characters to catch, all of which are worth different point values. Players increase their scores by the number and value of characters they shoot during games.

The main Mystic Dragon 2- 8 player gameplay is layered with features. These are important to use as they give players a higher chance to earn more points and in turn, the potential to earn more winnings.

A number of features are available to gamers while playing Mystic Dragon 2 including Thunder Roc, Chain Link, Fire Dragon, Dragons Arrow and Tornado. 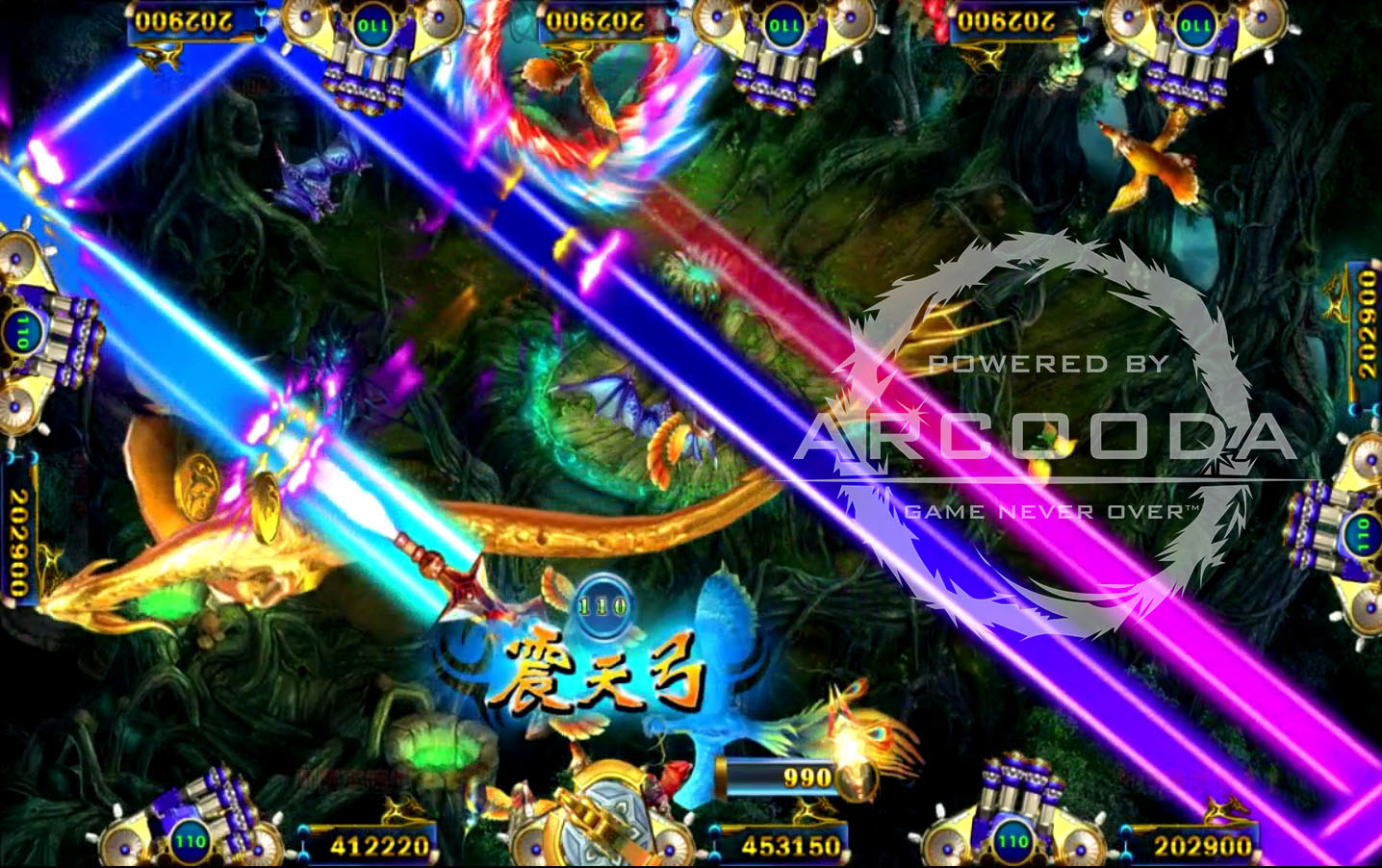 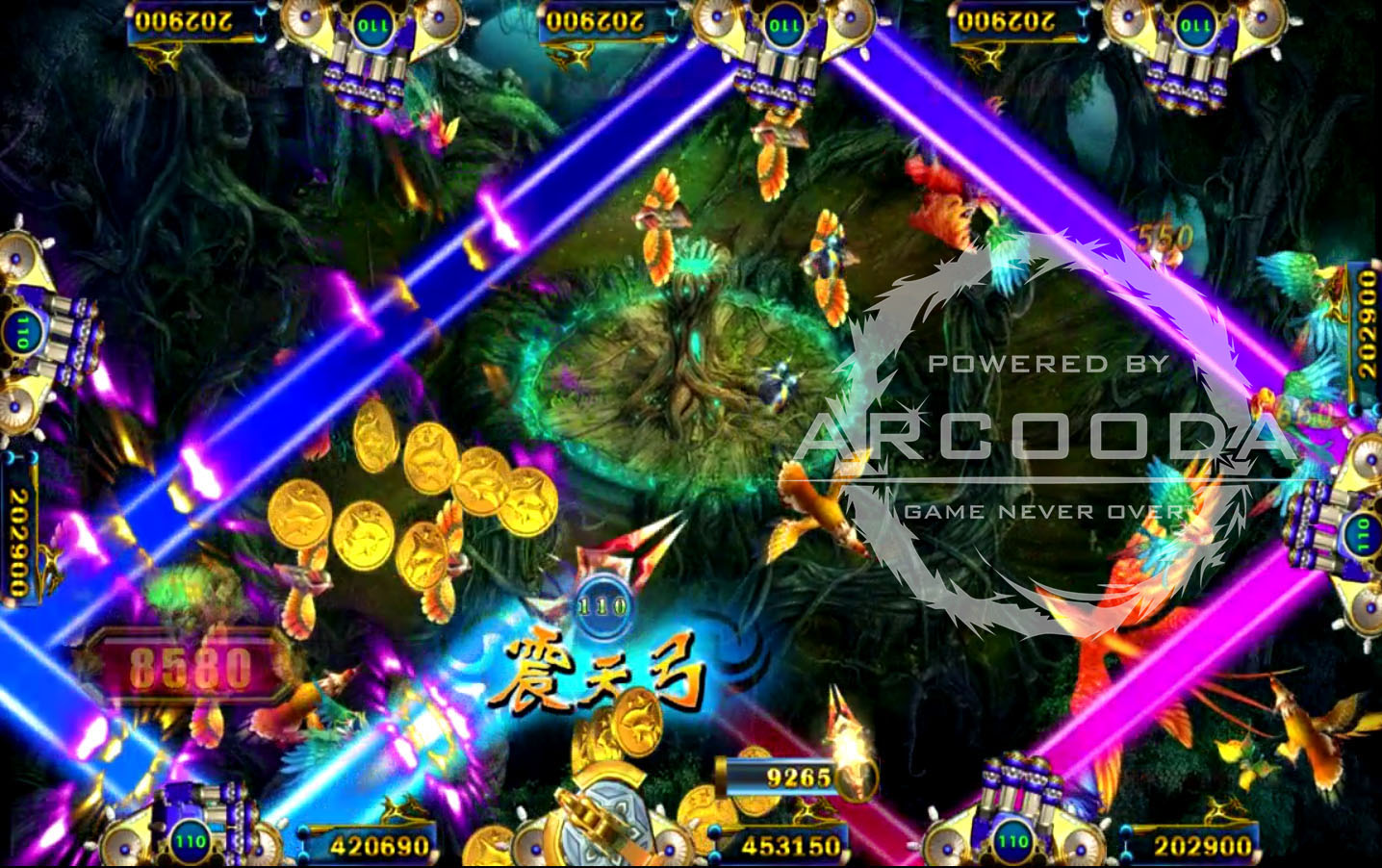 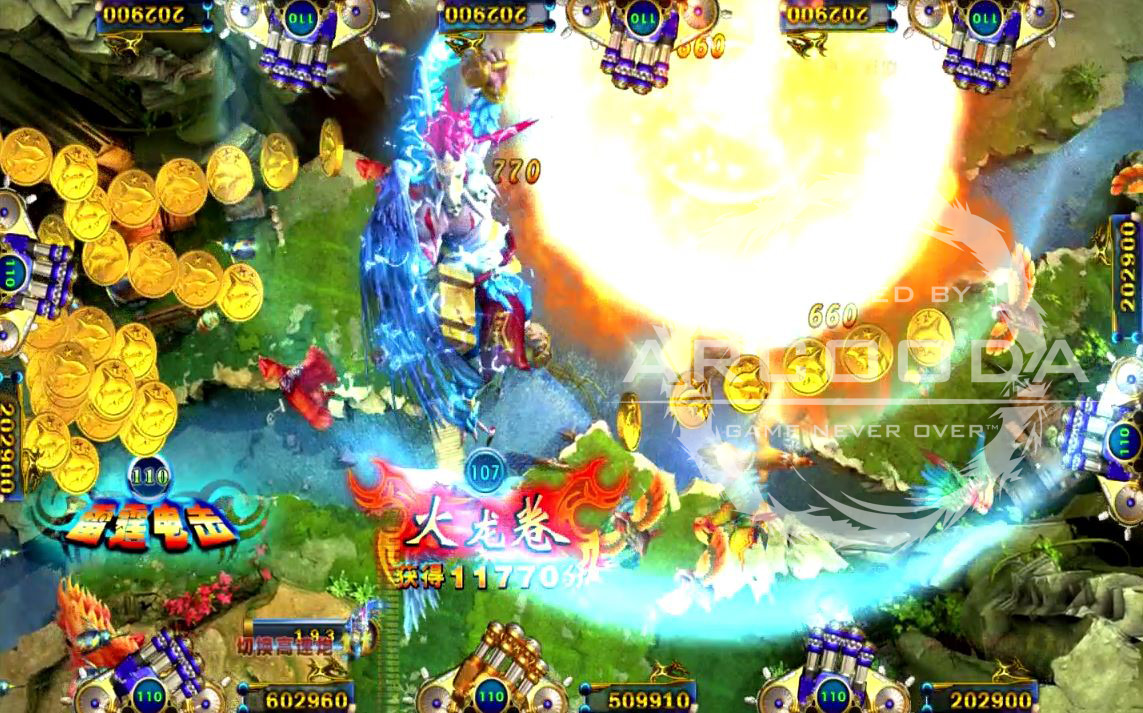 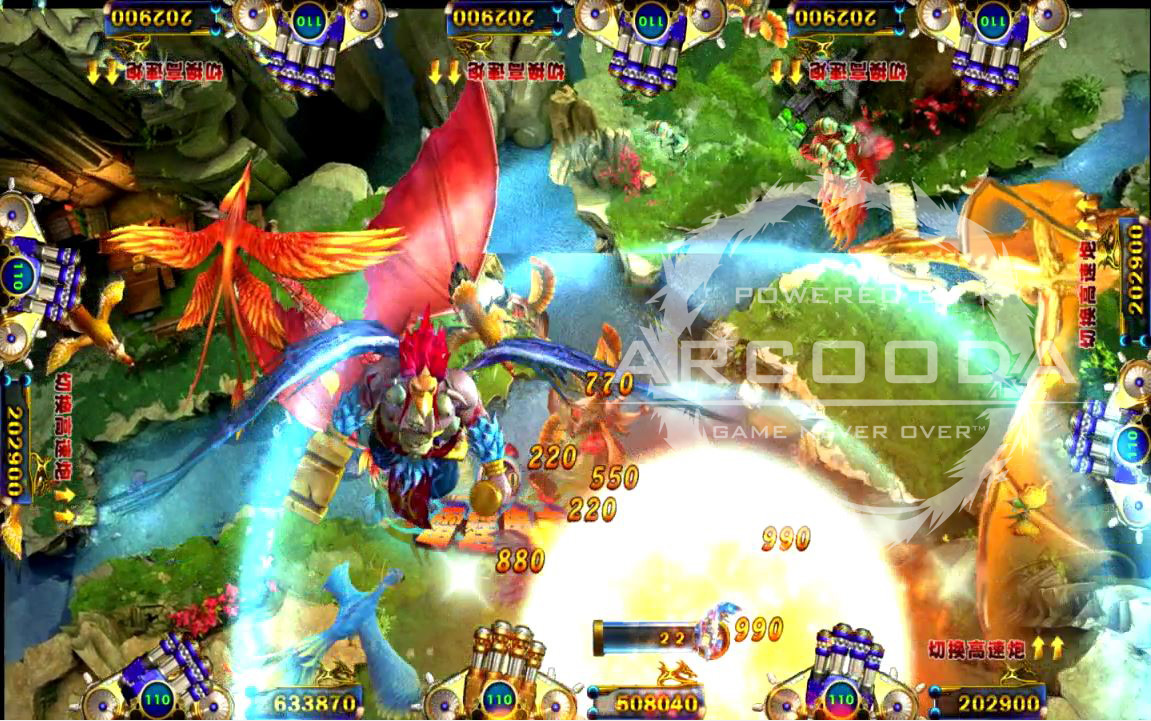 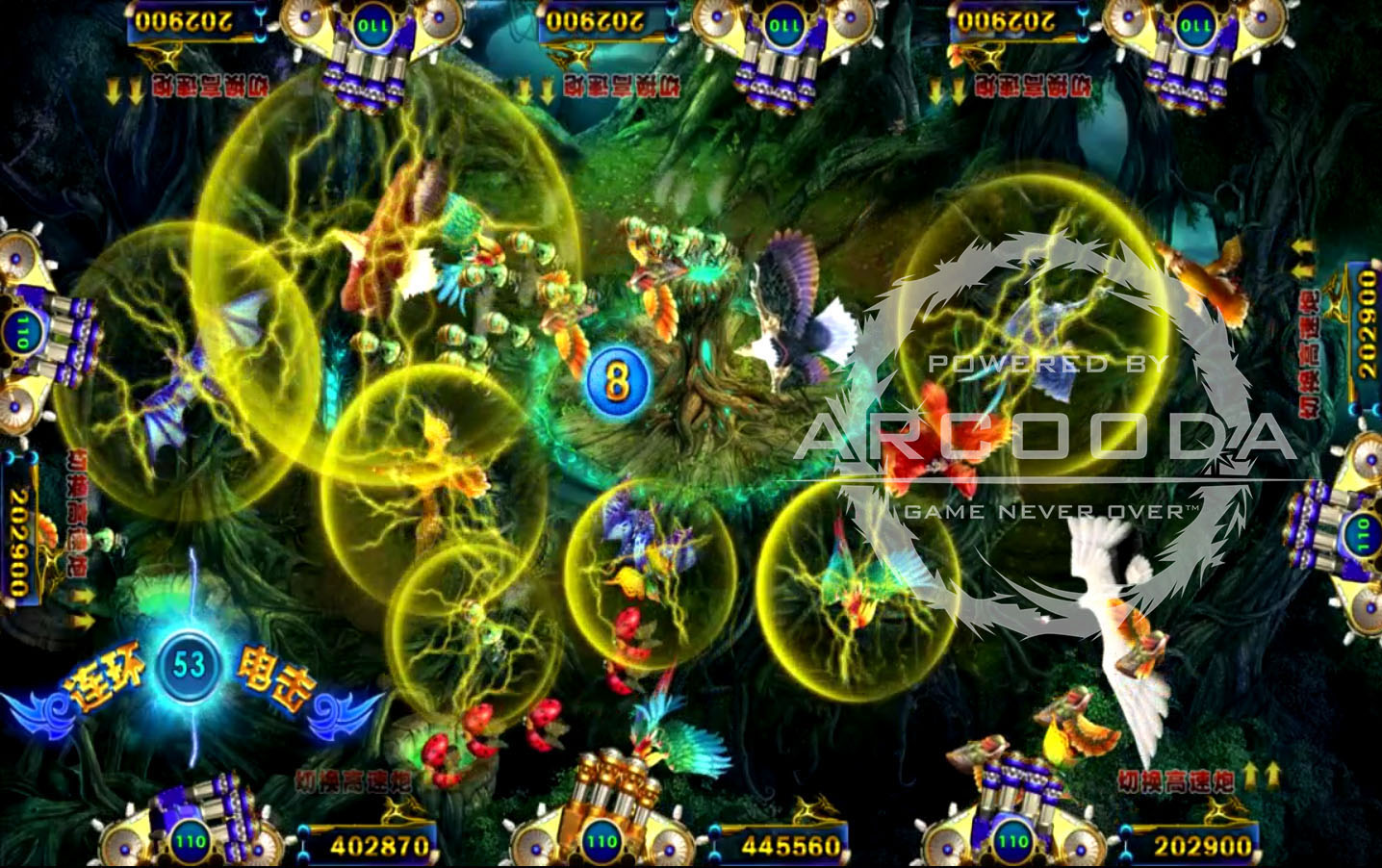 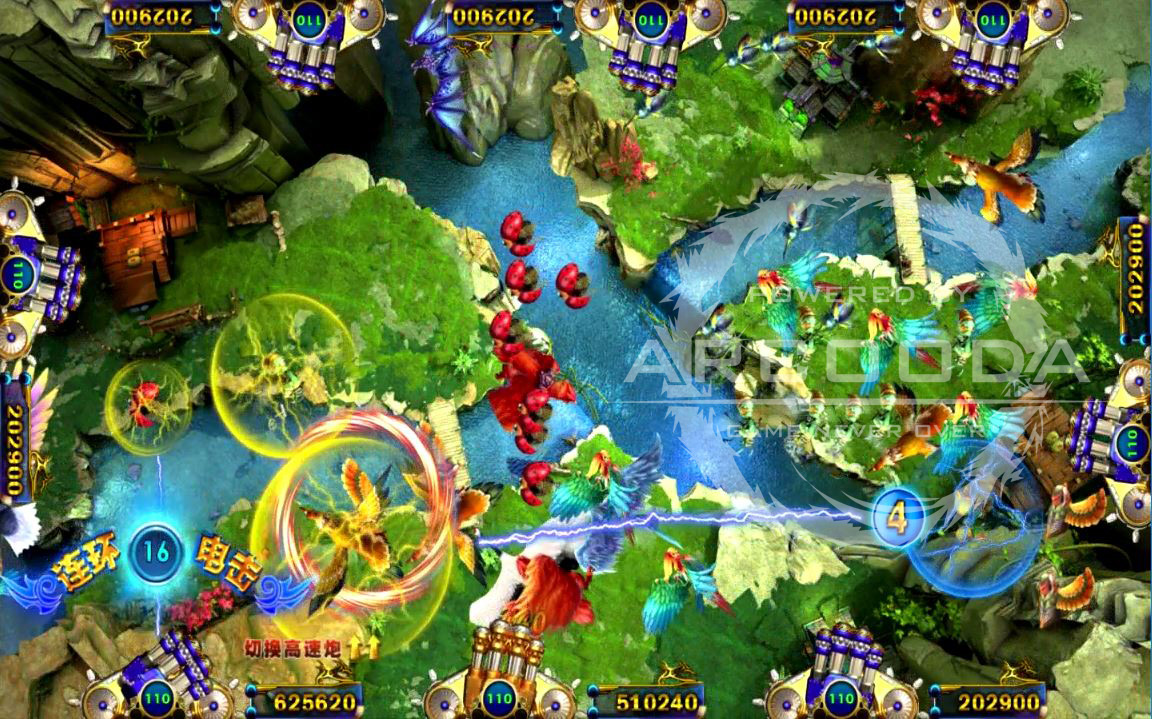 Shooting a character encircled by the Tornado symbol activates a vortex. Characters immediately surrounding the shot Tornado character are sucked into the vortex, earning the player who activated the feature points. 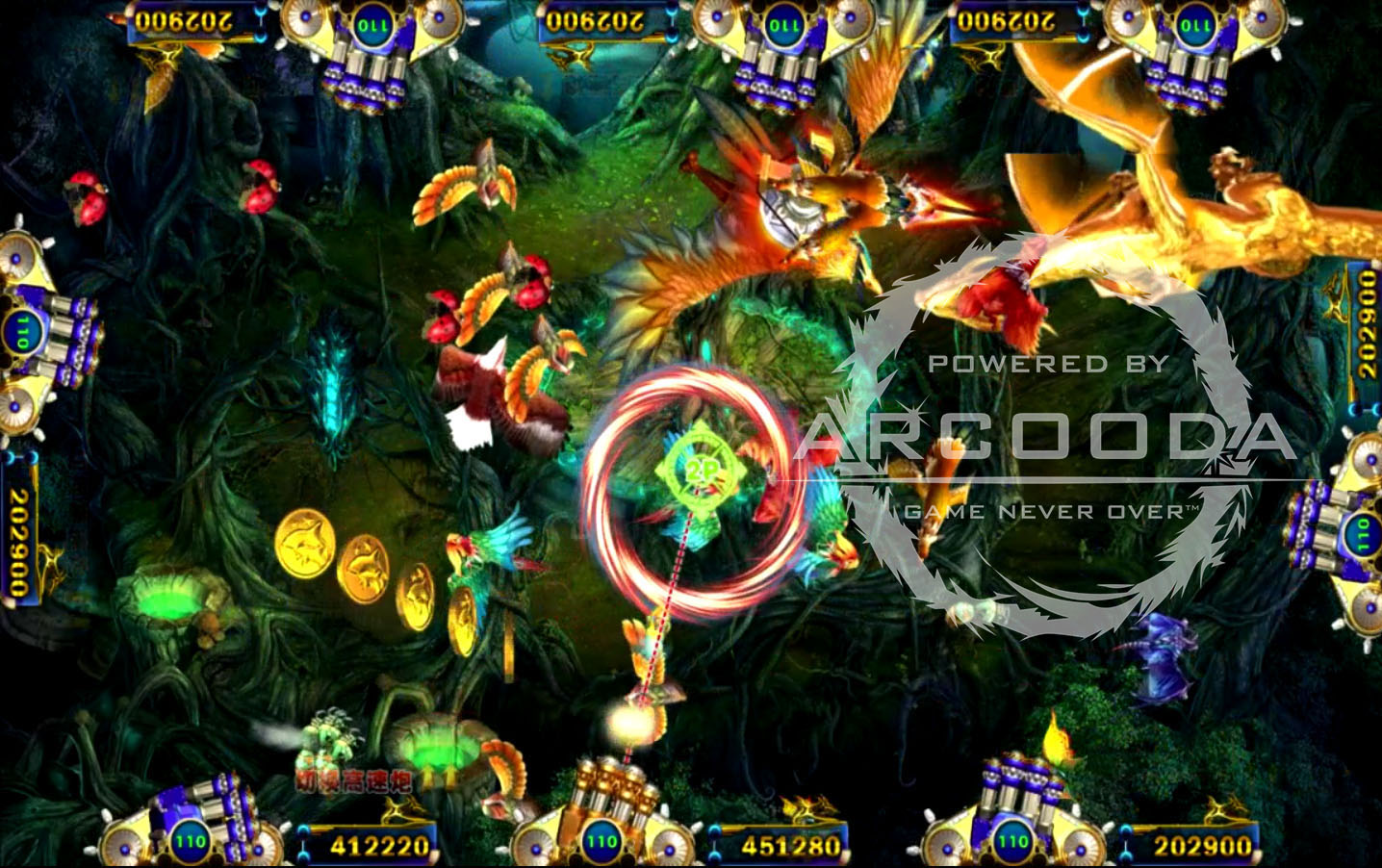 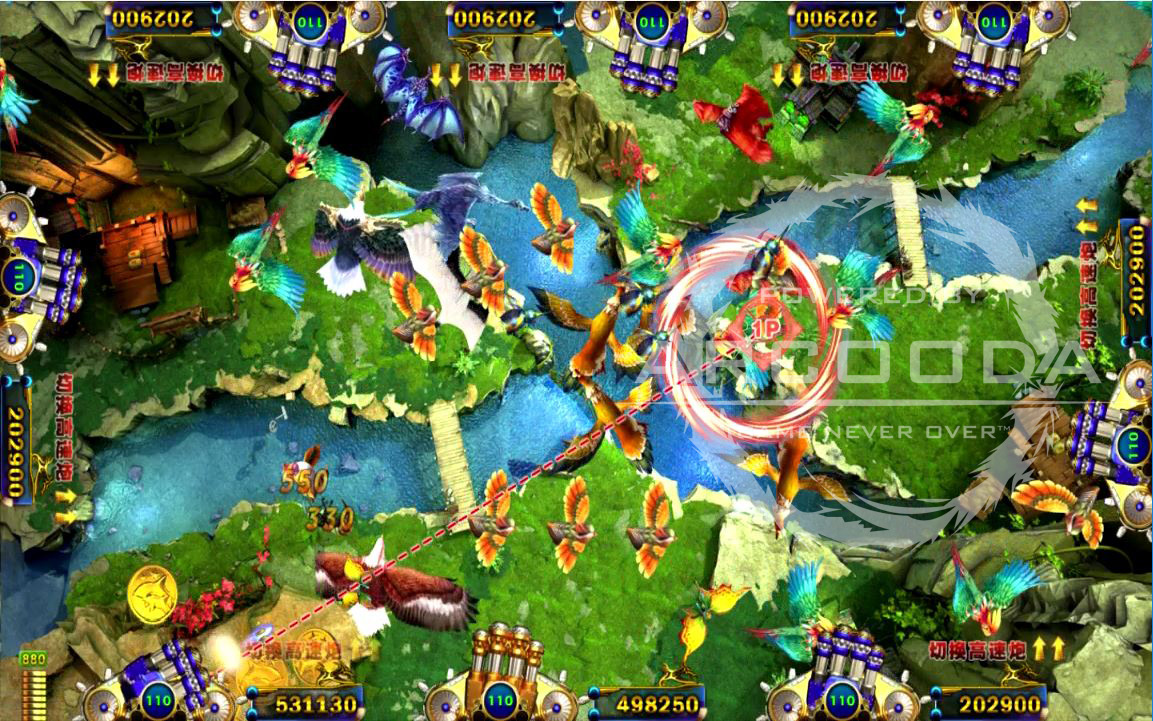 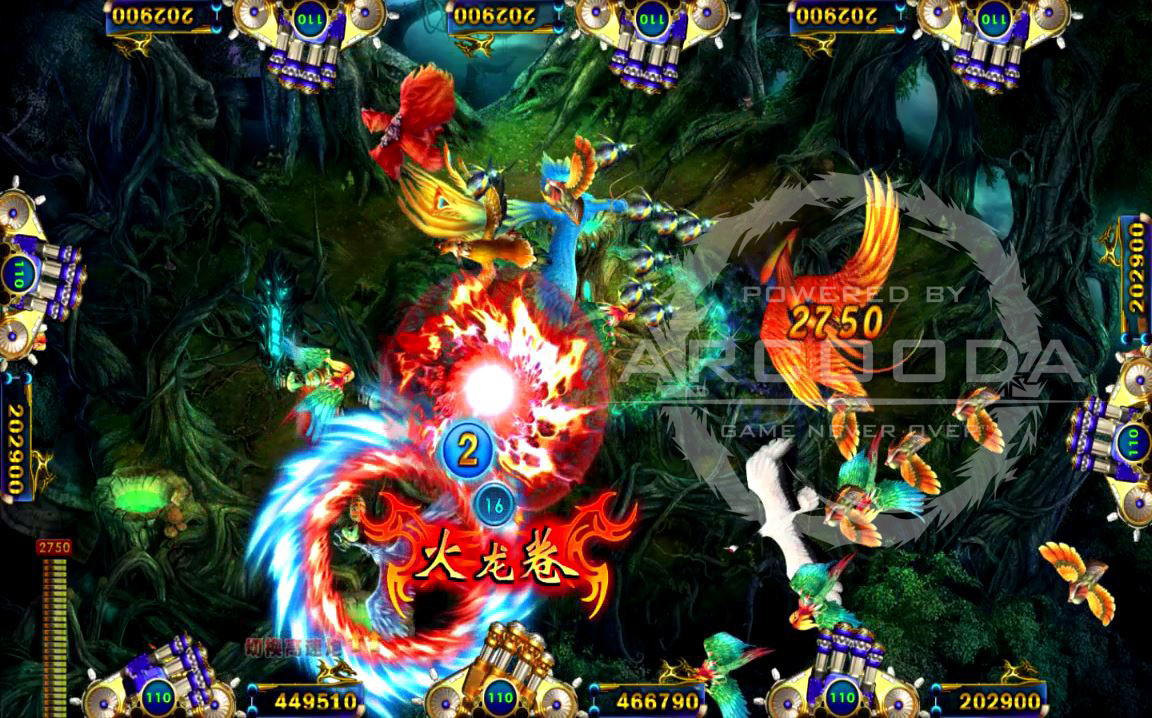 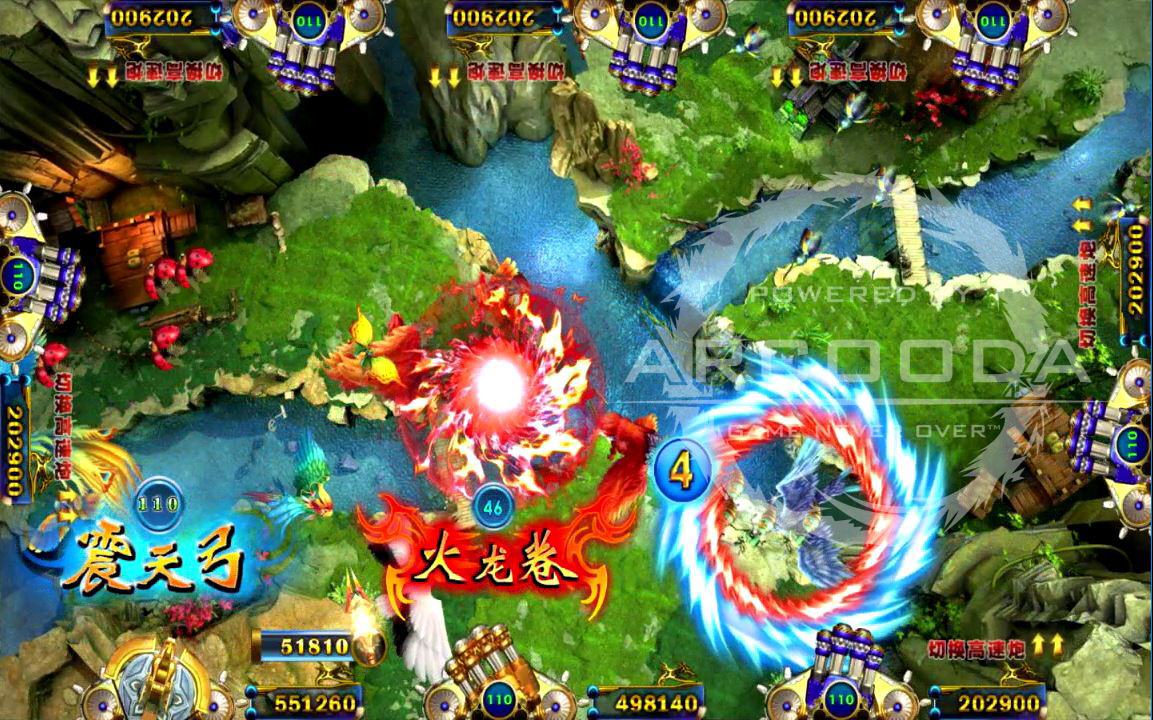 There are 21 characters in Mystic Dragon, including three ‘boss’ characters that are worth more points when you shoot them.

The game’s four bug characters are worth the lowest amount of points, followed by the 11 kinds of birds and then dragons.

There are five dragon characters for players to hunt, including the Mystic Dragon, and a Queen Bee.

The Mystic Dragon is the ultimate prize, and worth the highest amount of points.

Mystic Dragon 2 is available to buy on its own or can be shipped with Arcooda’s six or eight-player fish machine.